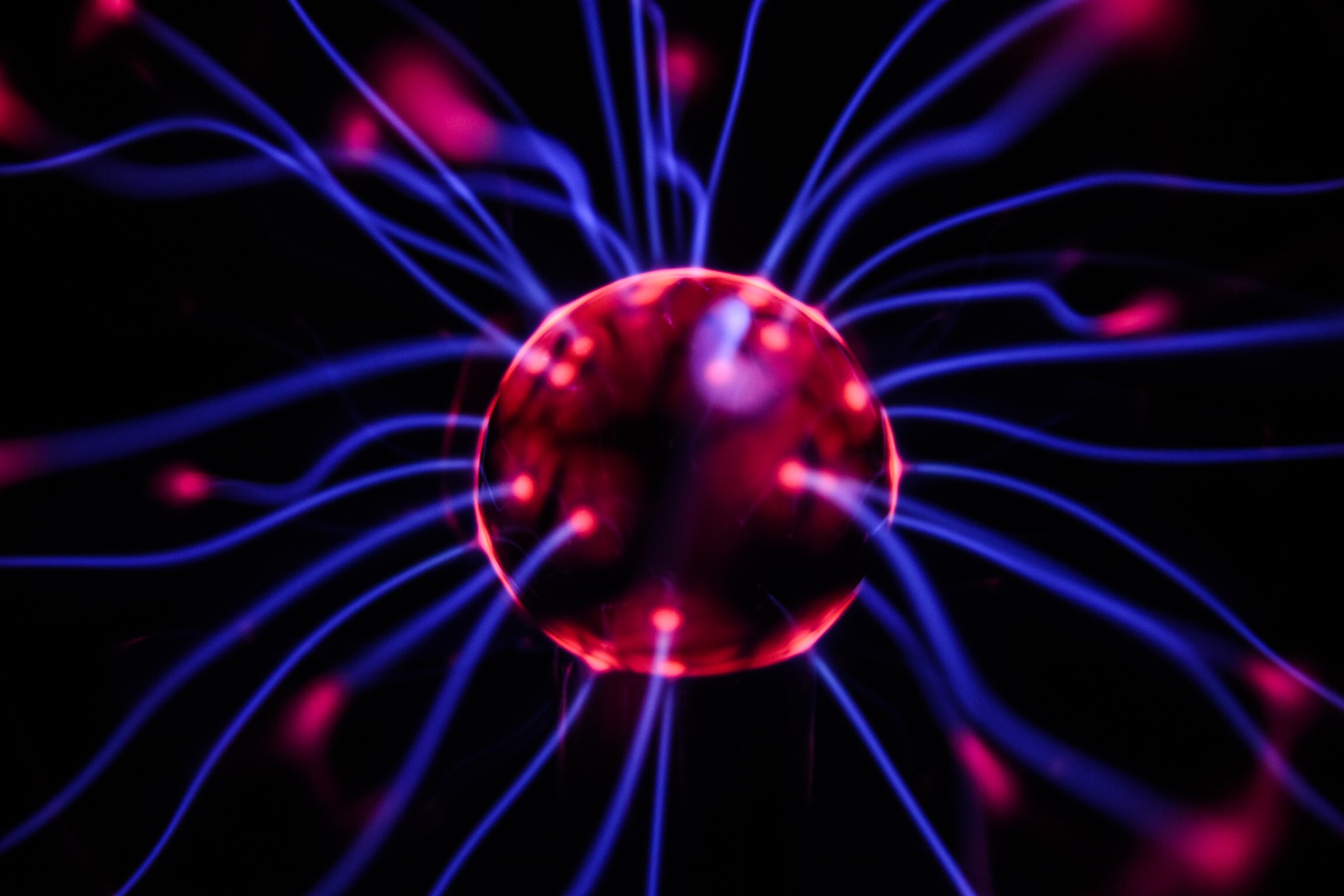 BACKGROUND – In Sturge-Weber syndrome (SWS), structural MRI abnormalities are most common in the posterior brain regions. Frontal lobe involvement increases the risk of motor impairment. The goal of this study was to determine whether Magnetic Resonance Spectroscopic Imaging (MRSI) can improve detection of frontal lobe involvement in children with SWS.

CONCLUSION – MRSI is more sensitive than conventional structural MRI for detection of frontal lobe involvement in SWS. Decreased frontal lobe NAA is an excellent predictor of motor functions. Thus, MRSI can provide complementary information for the assessment of normal-appearing brain regions, and may assist prognosis evaluation in children with SWS.

Sturge-Weber syndrome (SWS) is characterized by vascular malformations present in the skin (port wine stain), eye, and meninges (leptomeningeal angioma).1 The intracranial vascular anomaly is most often unilateral and involves the occipital and parietal lobes, although it might affect other lobes and spare the most posterior region in some cases.2 Seizures are the most common neurologic complications, varying from 72% to 93% in unilateral and bilateral involvement, respectively.3 Motor development delay, another potential manifestation that worsens the clinical scenario, may be an early neurologic presentation of SWS.4 Although SWS may eventually progress, many patients remain neurologically normal for months or even years before developing neurological symptoms.4 No current diagnostic tool can reliably predict the clinical course. Neuroimaging techniques have been routinely employed in the assessment of children with SWS, and several authors have shown relationships between neuroimaging findings and clinical presentation. A past study with CT and MRI reported that white matter changes, extent of lobar involvement, and the degree of parenchymal atrophy all correlated with the clinical status, including seizure control, hemiparesis, and the degree of psychomotor development.5 Studies using positron emission tomography (PET) with 2-deoxy-2[18 F]fluoro-D-glucose (FDG) have demonstrated that regions apparently normal on structural imaging might also be affected.6,7 Despite its usefulness, PET represents a costly study not available in many health centers, and the radiation exposure (albeit minimal) raises concern in some parents. Proton magnetic resonance spectroscopy (MRS) is more available and provides noninvasive information on some tissue metabolites with well-established applications in the assessment of various brain disorders.8 The ability of MRS to detect involvement of brain regions with normal structural MRI has been extensively demonstrated in some neurological conditions. Recently, several authors have characterized the use of MRS imaging in SWS, but they reached somewhat contradicting conclusions. While some authors have detected significant changes only related to N-acetyl-aspartate (NAA), a compound commonly associated with neuronal integrity,9 others have reported choline abnormalities as well, a marker of myelin breakdown.10-12 Another report on a single patient failed to demonstrate any NAA change at all.13 These discrepancies could be attributed, at least partially, to the limited number of cases included in each study. In addition, these previous studies did not explicitly address the issue whether the frontal lobe, which is often spared by the vascular malformation, presents abnormalities on MRS. This is a clinically important issue, since motor impairment, which is one of the most feared complications beside seizures, could become more severe as the frontal lobe is progressively involved in the disease process. This study was designed to evaluate changes on MRS imaging (MRSI) of the two main metabolites (NAA and choline) in posterior brain regions affected by the angioma as well as in the frontal lobe, which was less involved or appeared to be spared based on structural MRI. We correlated these MRS variables to clinical data, including seizure variables, as well as motor function in a prospective series of children with unilateral SWS who underwent MRI/MRSI studies.

Sixteen children (7 boys, mean age + SD = 5.2 + 3 years, range: .9-10.4 years) with the clinical diagnosis of SWS and unilateral hemispheric involvement, based on postcontrast MRI and FDG PET were prospectively included in this study between July 2003 and December 2006. All patients presented with a pial angioma extending over the parietal and/or occipital lobe, with variable additional involvement of other lobes. The frontal lobe was also involved in 8 cases on contrast-enhanced MRI (Table 1). All protocols were approved by the Human Investigation Committee at Wayne State University, and a written informed consent of the parent or guardian was obtained.

All MRI/MRS studies were performed in a Siemens Sonata 1.5 Tesla whole-body clinical imager (CTI/Siemens, Erlangen, Germany) using a standard head coil. Subjects fasted for 6 hours prior to scanning. Children < 7 years old were sedated with nembutal (3 mg/kg), followed by fentanyl (1 μg/kg). All spectra were acquired using a standard 2D PRESS pulse sequence with the volume of interest (VOI) including some scalp regions in order to acquire more potential samples of gray matter even though that would represent a potential source of lipid contamination. This potential contamination from lipid signals in the scalp was diminished with four out-volume presaturation (OVP) pulses. Each OVP consisted of a 2.56 ms sinc pulse with a fixed bandwidth of 3,400 Hz, a variable gradient pulse in the presaturation slice direction, followed by strong spoiling gradients. OVP could be turned on or off as needed. To improve sampling efficiency and reduce the relatively long acquisition associated with conventional MRSI, a weighted elliptical k-space sampling scheme was used to acquire the MRSI data set.14,15 The weighted k-space sampled only the points located on or within the k-space ellipse. When the number of averages (NA) was greater than 1, the central points of k-space were measured NA times and points on the boundary of the ellipse at least once. For intermediate points, the sampling frequency was determined by their radial distance from the center of k-space. This incorporated the Hamming filter during the measurement, resulting in an improved signal-to-noise ratio (SNR) per measurement time of approximately 20% on a phantom test.14,15 Sample of voxels and quality of spectra are shown in Figure 1. After automatically shimming, which took typically 2 minutes and achieved about 22 Hz line width at the half height of the water peak, MRSI spectra were acquired in a plane passing through the parietal and frontal lobes above the level of the thalamus, including region(s) showing leptomeningeal angioma on previous and current MRI scans. In some patients additional MRSI planes were also placed just below and/or above the initial plane, and the optimal plane, showing maximal pial enhancement, was selected for analysis offline. Since acquisition of each MRSI plane lasted 12-15 minutes (including shimming) even with an elliptical k-space sampling, we intended to keep the number of acquired planes to the minimum in order to limit sedation time for the children. Typical measurement parameters were: field of view (FOV) = 200 × 200 mm2; phasing-encoding steps = 24 × 24, TR = 1,280 ms, TE = 280 ms, slice thickness = 15 mm, signal averages = 2, and acquisition time = 10:12 minutes. Data were processed with the Siemens spectral processing package. Data processing consisted of line broadening (Gaussian function with 256 ms), standard fast Fourier transformations, and phasing. No baseline correction was applied due to long TE. Metabolite integrals were obtained automatically with spectral fitting using the Siemens spectroscopy software package and were used for all analyses. Several precautions were taken to reduce potential errors in analysis, including discarding spectra from the edge of the VOI, and extracting information only from voxels that were wholly within the desired areas by taking the advantage of the voxel-shifting capability of MRSI. In addition to MRS acquisition, a standard axial pregadolinium T1, T2 and susceptibility weighted imaging (SWI) as well as postgadolinium axial T1 images were acquired in all cases. Compounds studied in the MR spectra were cholinecontaining molecules at 3.2 ppm and N-acetyl-aspartate at 2.0 ppm; finally metabolic maps were generated. Choline and NAA values from at least three adjacent voxels belonging to predominantly gray matter or predominantly white matter from a particular lobe were averaged. Abnormalities of NAA and choline on the side of the angioma were quantified by dividing the average NAA and choline values ipsilateral to the angioma by those in the contralateral homotopic region, thus yielding an asymmetry ratio for each region (posterior and frontal, both for gray and white matter, separately). Metabolite asymmetries, rather than absolute values were used to eliminate the effect of age,16 which could have confounded disease-related abnormalities in this pediatric group with a relatively wide age range. To sample the posterior region with angioma, we sampled voxels from the parietal lobe in 14 cases and from the occipital lobe in the remaining two.

Motor and intellectual functioning were assessed via neuropsychological evaluation by licensed neuropsychologists (MB and EH) who were blind to all neuroimaging results. Purdue Pegboard was used to assess manual dexterity in children below 5 years of age, and Grooved Pegboard to assess motor function in participants above 5 years. The motor assessment yielded a standardized motor T-score, which was categorized as follows: (1) T-score within 2 SDs of the normative mean (T-score >30); (2) between 2 and 3 SDs below the normative mean (between 20 and 30); (3) >3 SDs below the normative mean; and (4) child unable to place pegs and thus cannot be scored due to paresis. One child (patient 14, Table 1) was unable to follow the instructions for the task and was not included in analyses involving motor data.

Statistical analysis was performed using SPSS version 11.5 (SPSS Inc, Chicago, IL, USA). First, NAA and choline asymmetry ratios (ipsilateral/contralateral to the angioma) were compared between the posterior and frontal lobe regions using paired t-tests. Subsequently, age and MRSI values between children with frontal lobe involvement on structural MRI versus those with no apparent frontal lobe involvement (no leptomeningeal enhancement, no signs of evident atrophy, or any other structural abnormality on conventional MRI, as evaluated by two of the authors who were not aware of the MRS findings at the time of the assessment) were compared, using unpaired t-tests. To determine if clinical seizure variables (age at seizure onset, duration of epilepsy) correlate with MRSI variables, Pearson’s correlations were performed, and the P values were corrected for multiple comparisons using the Bonferroni method. In addition, to find predictors of motor functions, Spearman’s correlations were performed with age, clinical seizure variables, and MRSI variables as potential predictors and motor categories as the outcome. Subsequently, significant predictors (corrected for multiple comparisons) in these correlations were entered in an ordinal regression analysis to identify independent predictors of motor function. P values less than .05 (after correction for multiple comparisons, where applicable) were considered to be significant. In addition to group analyses, individual patients with abnormal NAA and/or choline were identified when these values showed ≥10% asymmetry between ipsi- and contralateral homotopic regions. This cutoff threshold was selected based on previous reports showing that NAA and choline values show less than 10% asymmetry in various brain regions in both adult and pediatric populations.16,17

MRSI and clinical variables: NAA asymmetry in the frontal lobe gray and white matter correlated with motor function (r = – .89; P < .001 and r = – .80; P = .03, respectively, after Bonferroni correction), that is, lower NAA in the frontal lobe was associated with more severe motor impairment. When we analyzed only those patients with no frontal lobe involvement on conventional MRI (n = 8), a similar correlation between NAA gray matter and motor function was found, which was only significant without correction for multiple comparisons (r = – .86, P = .04). In contrast, frontal choline asymmetries did not show significant correlation with motor functions (r = .46 and r = .36, for gray and white matter respectively, P > .1). There was no correlation between motor function and any metabolite measured in the posterior region. Among the clinical seizure variables, age at seizure onset correlated with motor categories (r = – .67, P = .009), indicating poorer motor functions in children with earlier onset of seizures. Also, NAA asymmetry in the frontal lobe gray matter showed a positive correlation with the age of seizure onset (r = .76; P = .04 after correction), indicating lower NAA values in children with early onset of seizures. Age and duration of epilepsy did not correlate with motor functions (age: r = .25, P = .81; duration: r = .37, P = .62) or any of the MRSI variables (corrected P > .1 for all correlations). Therefore, a subsequent ordinal regression analysis was performed with age at seizure onset and frontal lobe gray matter NAA asymmetries entered as predictors, and motor category as the outcome variable. This analysis showed that only frontal lobe NAA asymmetry (P = .01) but not age at seizure onset (P = .6) was an independent predictor of motor functions.