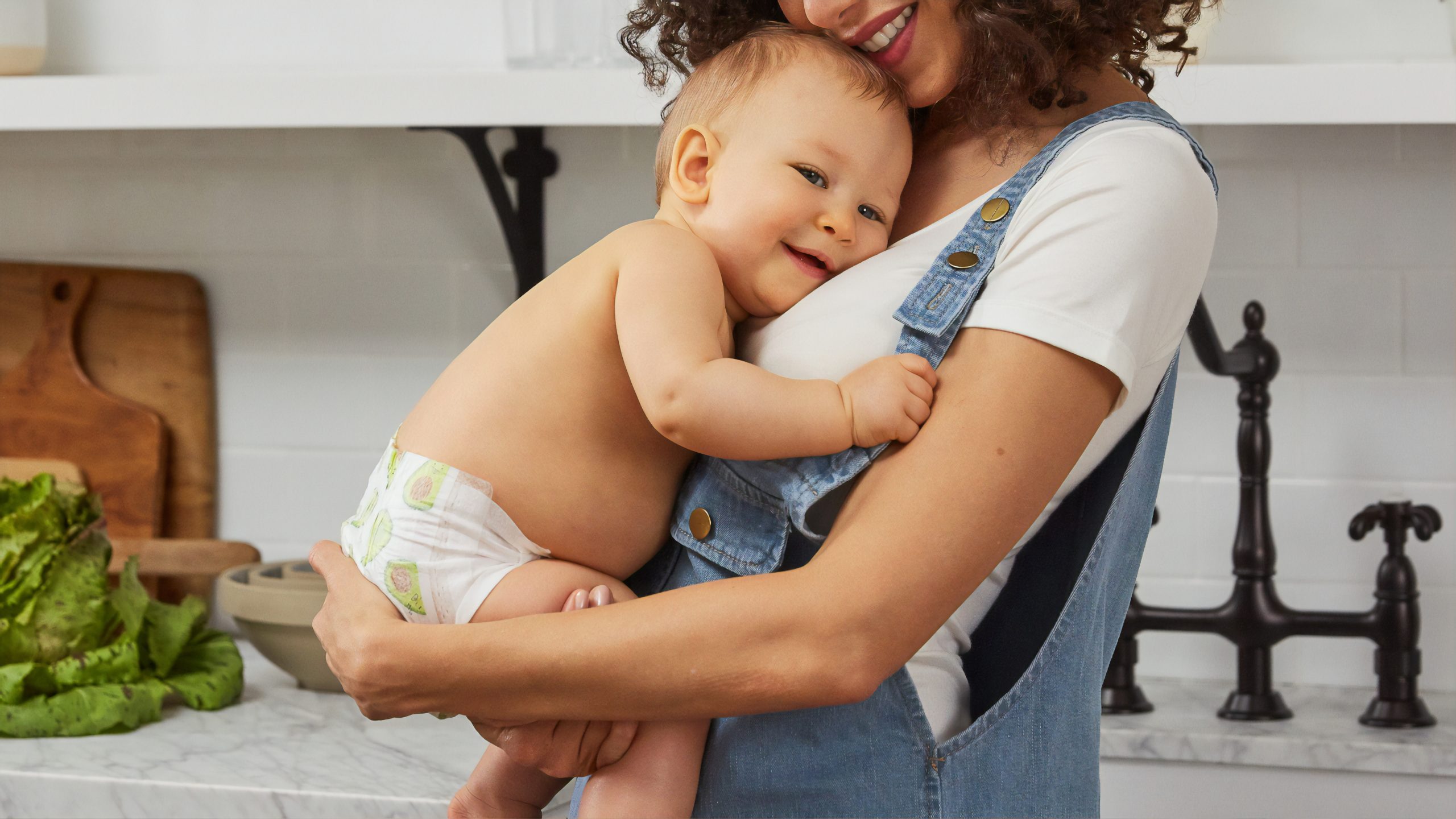 Tourette Syndrome (TS; a.k.a. Tourette’s Disorder) is a child-onset neurodevelopmental condition characterized by the presence of chronic motor and vocal tics that may wax and wane over time. Tics are defined as “sudden, rapid, recurrent, nonrhythmic motor movements or vocalizations”. (1) TS has a prevalence of approximately 1% and occurs more frequently in boys as compared to girls, at a ratio of approximately 4:1.(2) Onset of symptoms generally occurs in early childhood with possible worsening of symptoms during adolescence. Tics may decline or remit in adulthood, though approximately 20% of individuals experience persisting tics into adulthood.(3) TS commonly co-occurs with a variety of conditions, particularly ADHD and OCD, with comorbidity estimates of 35%(4) and 41%,(3) respectively

Studies examining the neuropsychological profile of individuals with TS have reported significant variability, with some individuals with TS having no significant areas of deficit.(5) Common deficits include difficulties with visuospatial processing,(6) visual memory,(7) and a variety of EF tasks.(8) However, this research is complicated by high levels of comorbidity with conditions such as ADHD and OCD, resulting in disagreement about whether EdF in TS is due to comorbid conditions(9) or is independent of comorbidity.(10)

A small study of EF (including inhibitory control, multitasking, rule following, and set shifting) in TS with various comorbidities (including children with TS only, TS + ADHD, TS + OCD, and a healthy control group) found the TS + ADHD group had the greatest degree of EdF, performing worse than controls on several measures of inhibitory control and multi-tasking.(11) In comparison, the TS only group performed worse than controls on only one measure of inhibition. A larger study examined the impact of comorbidity (including samples of children with TS only, TS + ADHD, ADHD only, and healthy control group) on sustained attention (Conners’ CPT-II) and impulse control (Stroop task).(12) The ADHD only and TS + ADHD groups had more errors of omission and greater reaction time variability than the controls; the TS only group did not differ from controls. On the Stroop task, the ADHD only group showed deficits relative to controls; the TS only and TS + ADHD groups did not differ from controls. Research utilizing parent report has reached similar conclusions. For example, Mahone(13) found that children with TS + ADHD and ADHD only had more parent-reported difficulties with behavioral regulation and metacognition on the BRIEF when compared with children with TS only and healthy controls. These studies suggest that EdF in TS may be secondary to comorbid conditions rather than primary for TS alone.

Summarizing the literature on EdF in TS, Eddy and colleagues(8) suggested that conclusive evidence was lacking for the presence of WM, verbal fluency, planning, and cognitive flexibility deficits in individuals with TS only. However, in TS + ADHD, WM, planning, and inhibitory deficits were consistently seen across several studies. Additionally, cognitive flexibility deficits appeared more commonly in TS + OCD. Eddy and colleagues(8) and others14 have suggested that impairments in inhibitory control may be a core EF deficit in “pure” TS. Intact performance has been reported on less sensitive inhibitory tasks (i.e., Stroop, Go/No-Go) though consistent deficits are observed on the Hayling task even in “pure” TS.(11) Eddy and colleagues8 outlined a number of factors that contribute to disagreement between studies examining EF in TS, including sensitivity of the chosen measure, waxing and waning of tics and cognitive symptoms, age of participants, and lack of control of factors such as medication use and comorbid conditions.

The neurological basis of executive dysfunction in Tourette Syndrome

TS has been linked to a variety of brain abnormalities (see review Rickards(15)). Reduced volume and functional activity of basal ganglia regions (particularly on the left side) have been reported(16–17) in contrast to increased activity in frontal regions. Abnormalities in the cortico-striato-thalamo-cortical circuits resulting in reduced inhibitory control may underlie both the tics seen in TS and some of the cognitive deficits described above.(8) Interestingly, some functional imaging studies have reported increased activation in frontal regions during inhibitory tasks in TS compared with non-patient controls,(18–19) which may reflect a compensatory mechanism. Additional brain regions, such as the corpus callosum and cerebellum have also been implicated as contributing to cognitive deficits in TS.(15,20) Similar to studies examining cognitive deficits in TS, neuroimaging studies are also influenced by inclusion of patients with and without comorbidities. Behen and colleagues(17) examined serotoninergic functioning in TS utilizing PET. Their results revealed different patterns of tryptophan metabolism in the basal ganglia and thalamus among subgroups of patients (TS only, TS + ADHD, TS + OCD) included in the study, as compared to controls.

Criteria for PANDAS include the presence of OCD and/or tic disorder, onset in childhood, episodic course of symptoms (abrupt onset or dramatic waxing of symptoms), temporal association with GABHS infection, and neurological abnormalities (such as choreiform movements) present during periods of symptom exacerbation.(22) It is suspected that the propensity to develop this auto-immune response following GABHS infection may be genetically mediated. Neuropsychiatric symptoms of Sydenham’s Chorea include chorea (primarily in the face, feet, and hands), other motor symptoms (ballismus, gait disturbance, hypotonia), obsessive-compulsive symptoms, cognitive deficits (attention and EF), and mood disturbance (depression, anxiety). Average age of onset is 8 years,(23) with duration of approximately 1 year, though symptoms may persist.

Given the low incidence of PANDAS, few studies exist that examine the neuropsychological profile in a large group of patients. One study of children with PANDAS found decreased response accuracy on a research-based attention and impulse control task for the PANDAS groups relative to healthy controls, with no significant differences on the WCST or Tower of Hanoi;(26) however, these findings may have reflected comorbidity. Specifically, the PANDAS + tics group (with comorbid TS or OCD) performed worse than the PANDAS + OCD only (no tics) group on the attention and impulse control task, and the PANDAS + ADHD group had slower reaction times on the sustained attention task than those without comorbid ADHD. These findings suggest that PANDAS alone may not be associated with specific EdF, but that comorbid tics and/or ADHD may lead to EF deficits.

Researchers examining children with Sydenham’s Chorea in comparison to healthy controls have reported deficits in divided attention, planning deficits on the Tower of Hanoi,(27–28) and decreased phonemic fluency in the context of spared semantic fluency.(29) Differences were not observed between patients and controls on the WCST or simple reaction time.(27–28) In a study examining adults with Sydenham’s Chorea, results revealed EdF (verbal fluency, inhibition, planning ability) in the context of a general sparing of intellectual functioning.(30) Patients with persisting Sydenham’s Chorea were reported to have more significant EdF in comparison to those with remitting Sydenham’s chorea. Deficits, such as increased response latencies on basic visual tasks,(31) and difficulties with attention, WM, and speeded information processing(32) have been reported in a subset of adults with histories of Sydenham’s Chorea in childhood.

Cerebral palsy (CP) designates a group of non-progressive neurodevelopmental disorders of movement and posture which result from pre-, peri-, or post-natal insult to the brain.(36) Subtypes of CP are classified according to the clinical motor presentation (spastic, dyskinetic, hypotonic), and the topographical presentation (diplegic, hemiplegic, etc.).(37) Key risk factors for CP include low birthweight, intrauterine infections, and multiple gestation. Children with CP often also present with epilepsy, especially those with spastic CP.(38–39) Although exact figures are not known, the incidence of CP is reported to be between 2–4 per 1000 live births.(37–39)

A small study of children with bilateral spastic CP found children with CP performed worse than matched controls in both the control and incongruent conditions of the Stroop task, made significantly more errors in the incompatible condition of a stimulus–response reversal task, and made more errors in both conditions of an antisaccade task.(45) Warschausky and colleagues(46) found that children with CP made more perseverative errors on the WCST than children with acquired cerebral lesions (e.g., TBI), although another study found differences in non-perseverative errors relative to healthy controls on the same task.(47)Inhibitory deficits have also been reported on NEPSY’s inhibition task,(43) simple switching tasks, and teacher reports of behavior.(44 )

Extenuating factors such as lesion location (i.e., lateralized vs. diffuse) may further complicate reported EdF findings. Although not every study on CP reports lesion information, those that do often find differences for those with left hemisphere, right hemisphere, and bilateral lesions. For example, Kolk and Talvik(43) found that sustained attention and inhibitory control were significantly more impaired in children with right hemisphere lesions; WM performance was similarly affected by lesion location, but the trend was not significant. Other studies have found that focused attention might be more vulnerable when left hemisphere lesions are present,(42) and that inhibitory control may be more affected by diffuse rather than unilateral lesions,(44) although the latter was only a statistical trend. Collectively, these findings imply that lesion location may play a role in determining the severity and type of EdF in children with CP. Finally, children with CP had elevated teacher ratings on the BRIEF;(44) these everyday deficits in EF (in addition to the challenges of motor impairment) may further obstruct children with CP from engaging in social relationships and learning academic and social skills.

The neurological basis of executive dysfunction in cerebral palsy

A variety of abnormalities have been observed in imaging studies of CP, including periventricular leukomalacia (PVL), a condition involving the dilation of the ventricles and reduction of white matter; brain malformations; intracranial hemorrhage; and asphyxia-related brain injury.(36,51) These abnormalities affect motor regions and white matter pathways that underlie the movement and posture difficulties in CP.(52) They may also disrupt the cortico-striato-thalamo-cortical circuits and/or frontal, parietal, and basal ganglia regions resulting in EdF, such as difficulties with attention, WM, and inhibition.(40,53)

Involvement of the fronto-subcortical circuits not only affects motor functioning in certain childhood movement disorders, but also cognitive functioning. EF, in particular, seems to be affected in TS, PANDAS, Sydenham’s Chorea, and CP, although some variability exists within the literature.

Are the EdF observed in the movement and motor control disorders primary, or are they related to common comorbidities? Reviews of the TS research literature suggest that reported deficits, with the exception of inhibitory control, are better accounted for by comorbid conditions (ADHD and OCD) instead of TS alone.(8) Future research should carefully control for comorbidity, age, medication, and waxing/waning of tics, as well as employ measures that allow for assessment of component skills. Some of the EdF reported in individuals with PANDAS and Sydenham’s Chorea may be related to associated comorbidities (ADHD, etc.). It is less clear in these disorders, however, if deficits exist apart from comorbidities due to the scarcity of research. More research in general is needed to examine EdF associated with these disorders in children, as well as to tease out the influence of comorbidities on observed deficits. Finally, core EF deficits do appear to be present in individuals with CP, with inhibitory difficulties being reported most consistently.(45) Again, more research is warranted, particularly into reasons for the variability found in EF dimensions such as WM. It will be helpful to examine possible associations between lesion location and the different types of CP (i.e., spastic vs. dyskinetic) with the extent and nature of EdF in CP. Finally, longitudinal research of EF in adolescents with movement disorders will elucidate if EF develop differently in this population relative to the general population or other clinical populations with EdF.