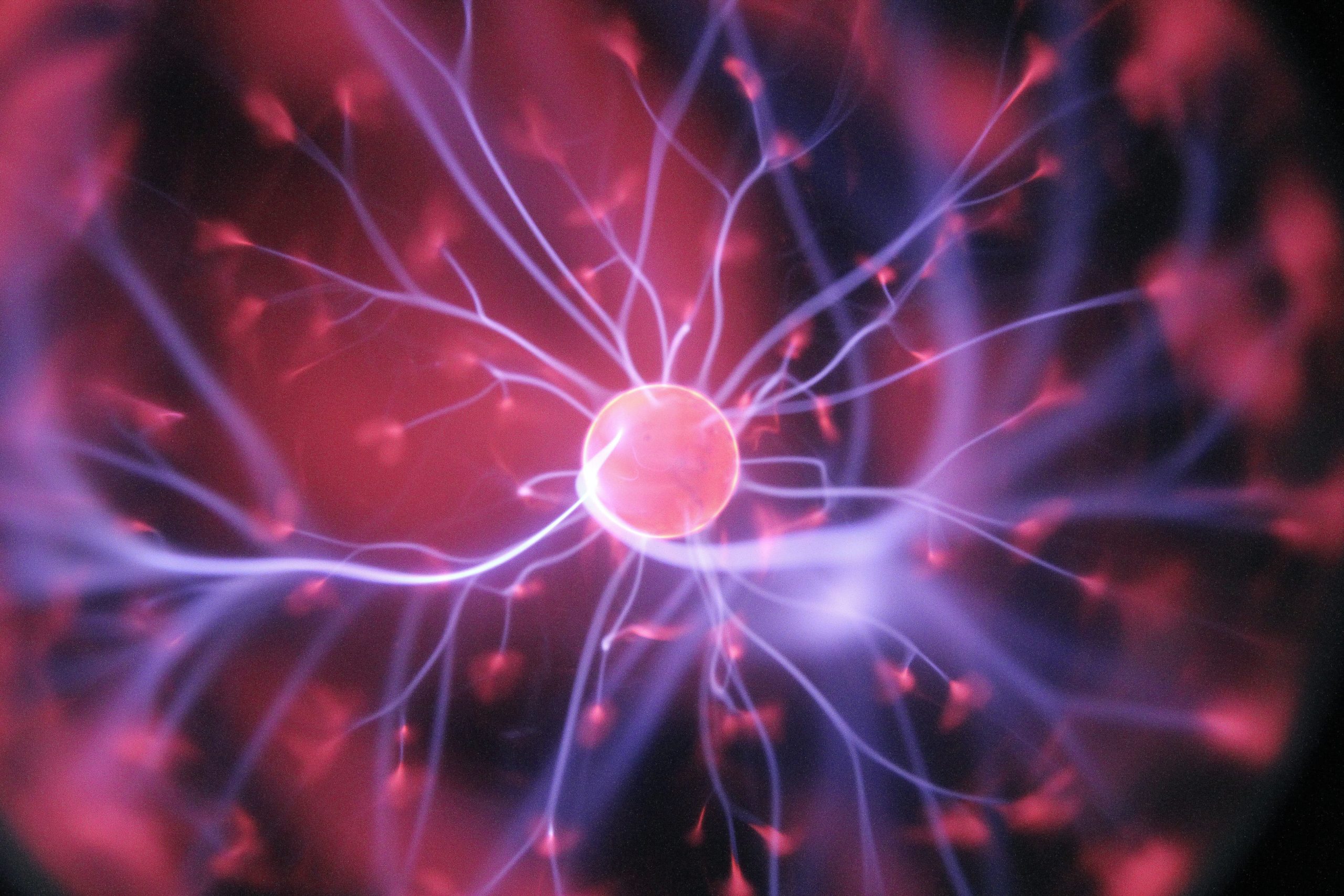 Tourette Syndrome is a childhood-onset, movement disorder characterized by involuntary motor and vocal tics that may wax and wane over time.  It was first reported in 1885 by Gilles de la Tourette and Jean-Martin Charcot.  The pathophysiological underpinning for the symptoms of Tourette Syndrome are commonly identified as dysfunction in basal ganglia mediated fronto-subcortical circuits (Kurlan, 1994).

Tourette Syndrome occurs in approximately 1% of the population (see Robertson, 2008 for a review).  Common motor tics include eye blinking, head jerking, and facial grimaces.  Throat clearing, sniffing, and blowing are common vocal tics.  Coprolalia, a vocal tic that is characterized by use of obscene language, is present in less than 15% of individuals with Tourette Syndrome.  Tourette Syndrome occurs more often in males than females (average male/female ratio 4:1) and has been observed across ethnic and racial groups, but is thought to occur more often in individuals of European descent and less often in individuals from sub-Saharan Africa.

The natural history of Tourette Syndrome is most often characterized by early childhood onset of symptoms with motor tics emerging first, followed by vocal tics.  Often, symptoms worsen during puberty and may improve later in adolescence to reach a stable point during adulthood.  Throughout the lifespan, tics may wax and wane, changing over time and in response to stress, activity level, and attentional load (Robertson, 2008; Peterson, 1996; Hunter, 2007).  Research suggests that individuals with comorbid psychiatric diagnoses (i.e., Attention Deficit Hyperactivity Disorder, Obsessive Compulsive Disorder) have poorer adaptive, emotional, and cognitive outcomes (Leckman, 2003; Bloch, 2006).

Neuropsychology and Psychology of Tourette Syndrome

Research examining the neuropsychological profile has found that many individuals with Tourette Syndrome have no areas of deficit.  However, presence of comorbid psychiatric conditions increases the likelihood of deficit (reviewed in Osmon, 2005; Yeates & Bornstein, 1996).  Commonly reported areas of deficit include visuo-spatial and visuo-motor processing (Osmon, 2005) and visual memory (Lavoie, 2007).  Executive functioning deficits are also commonly reported areas of difficulty (Channon, 2003).  However, some argue that executive functioning deficits that are present in this population may be better attributed to comorbid conditions rather than the Tourette Syndrome alone (Denckla, 2006).  However, in several studies, deficits in response inhibition tasks are reported in individuals with Tourette Syndrome with no psychiatric comorbidities (Channon, 2003; Crawford, 2005).  Learning disabilities are also highly comorbid with Tourette Syndrome (Hunter, 2007) and may be related to the increased incidence of Attention Deficit Hyperactivity Disorder in this population (Burd, 2005).  Arithmetic difficulties have a higher incidence in children with Tourette Syndrome who do not have comorbid diagnoses (Yeates & Bornstein, 1996).

Behavior therapies were developed in response to the finding that tics can improve or worsen depending on environmental factors.  Habit-reversal training is comprised of a number of skills and strategies, including increasing awareness of tics, relaxation training, training in engaging in a competing response to tics, and activation of social support.  Research examining the effectiveness of habit-reversal training has found significant reduction in tics (54-93%) compared with wait-list control groups and supportive psychotherapy (summarized in Himle, 2006) and that treatment effects are well-maintained at long-term follow-up.  Exposure plus response prevention, a treatment for Obsessive Compulsive Disorder, has also been applied to Tourette Syndrome and was found to be equally as effective in reducing tic frequency as habit-reversal training (Verdellen, 2004).  Participants in both habit-reversal and exposure plus response prevention treatments reported a decrease in tics and in the premonitory urge that precedes motor and vocal tics.  Behavioral treatments represent an area of ongoing research, as many studies to date have been conducted with smaller sample sizes (Hunter, 2007).    Contingency management, massed practice, and hypnosis have also been evaluated in the treatment of Tourette Syndrome but results regarding their efficacy are inconclusive (Peterson, 2007).

When tics begin to interfere with academic, occupational, or social functioning, pharmacological treatments are often prescribed.  These most often include neuroleptic medications, α2-adrenergic agonists, dopamine agonists, or local injections of botulinum toxin.  Significant side effects can be present in the pharmacological treatment of Tourette Syndrome, especially with neuroleptic medications (see Riddle & Carlson, 2001).  In general, guanfacine or clonidine are most often used to initially treat tics of moderate severity, while risperadone, ziprasidone, pimozide, or fluphenazine are used in more severe cases (Harrison, 2007).  Additionally, selective serotonin reuptake inhibitors have been used in Tourette Syndrome to address Obsessive Compulsive Disorder symptoms and stimulants, such as methylphenidate, are used to address Attention Deficit-Hyperactivity Disorder symptoms.  A number of studies have addressed the safety of stimulant medication in Tourette Syndrome, given some reports that use of stimulants results in increased tics (reviewed in Erenberg, 2005).  Well-controlled, prospective studies suggest that when examining group data, stimulant medication does not result in worsening of tics.  However, there do appear to be individual cases within this group data in which stimulants increase tic frequency and severity.

When tics are unable to be controlled by medication and significantly interfere in the patient’s quality of life, deep brain stimulation (DBS) can be considered in adults with Tourette Syndrome.  Thalamic DBS is the most common procedure, though stimulation of the globus pallidus pars interna, nucleus accumbens, and anterior limb of internal capsule have also been reported (reviewed in Ackermans, 2008).  To date, studies evaluating the effectiveness of DBS in Tourette Syndrome have been based on small samples.  However, they generally describe significant reduction in motor and vocal tics and associated behavioural and mood disturbances depending on the site of stimulation.  Side-effects of DBS can include drowsiness, fatigue, changes in sexual functioning, and mild dysarthria.  Small hematomas in the areas surrounding electrodes have also been infrequently reported and result in various neurological symptoms.

Denckla, M. B. (2006). Attention deficit hyperactivity disorder: the childhood co-morbidity that most influences the disability burden in Tourette syndrome.  Advances in Neurology, 99, 17-21.

Peterson, B. S.  (1996).  Considerations of natural history and pathophysiology in the psychopharmacology of Tourette Syndrome.  Journal of Clinical Psychiatry, 57, 24-34.

Shapiro, A. K., Shapiro, E.  (1984).  Controlled study of pimozide versus placebo in Tourette syndrome. Journal of the American Academy of Child & Adolescent Psychiatry, 23, 161–173