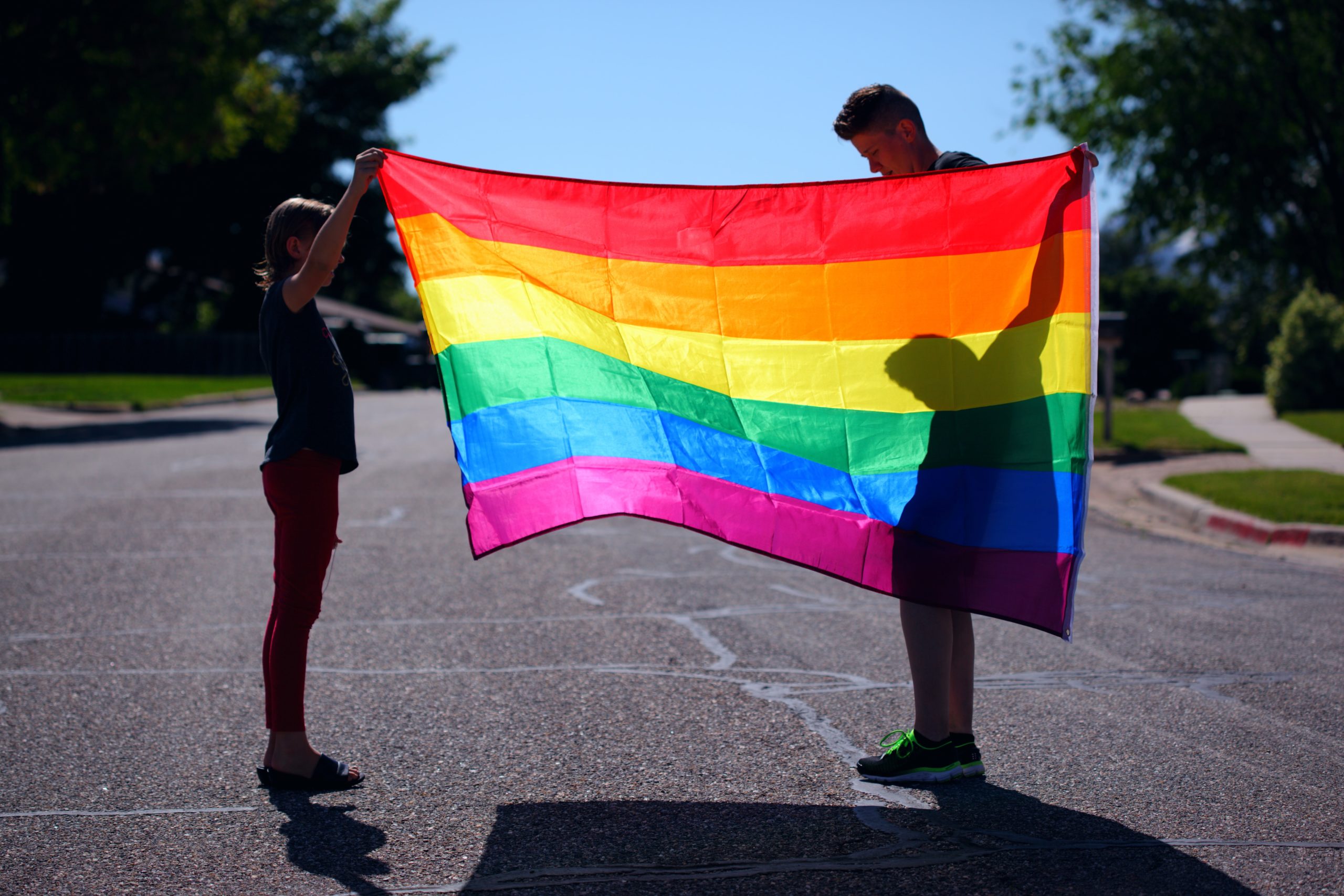 By Emily HelderJuly 1, 2021No Comments

Bethany Christian Services, a large faith-based adoption and social service agency, has become the latest lightening rod for conservative white evangelicals. This public pushback is rooted in one particular perspective on biblical families and sexuality which some think represent all Christians, but does not in reality. The ongoing disagreements among Christians about same-sex relationships, marriage, and adoption are fueled by a variety of theological interpretations, illustrating an array of perspectives. As the largest Protestant adoption agency in the US, Bethany’s policies and practices historically reflected the views of white evangelical Protestants, arguably the most visible and vocal Christian tradition in the US. Yet, once faced with losing government contracts due to accusations of discrimination against LGBTQ couples, Bethany began to recognize the diversity in Christian perspectives. Combined with positive findings from research on LGBTQ adoptive families, Bethany ultimately changed their position and policies rather than aligning with one very vocal ideological view. LGBTQ adoption practices at faith-based agencies, such as Bethany, acknowledge the diversity of biblical viewpoints and are in the best interest of children.

Diversity in Christian perspectives is lost in oversimplified pronouncements that equate Christianity with opposition to LGBTQ relationships, marriage, and adoption. Research shows that all religious affiliations have increased in their support of same-sex marriage, with white evangelical Protestants at one end of the spectrum of beliefs. 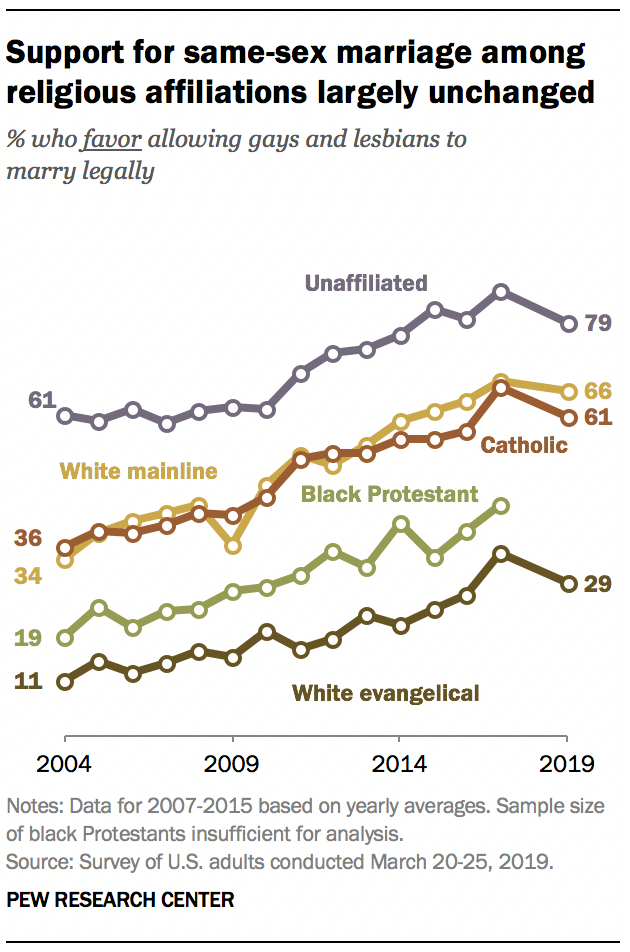 We can attribute this to organized and strategic efforts by the Christian Right to influence public opinion, policy, and practices. Launched in the 70s and 80s, campaigns such as Save our Children, the Moral Majority, and Focus on the Family have been effective in integrating religious evangelicalism and conservative political ideology and cultivating strong commitment to the preservation of nuclear families among highly religious white evangelicals. For a number of generations, these organizations have influenced and mobilized white evangelicals to dominate public rhetoric with one definition of “biblical families” despite pluralism in religious perspectives.

Research shows that some Christians are more supportive of LGBTQ parents adopting than they are of same-sex relationships and marriage. More accurately, S. Perry and A. Whitehead explain, “…highly religious, Bible believing persons may bracket homosexual practice in their minds as “sinful” and wrong, these same groups may express greater ambivalence regarding same-sex marriage, which involves imparting civil rights to committed same-sex couples, or same-sex adoption, which would involve the committed guardianship and care of a vulnerable child.” They theorize that religious Americans’ value of long-term familial relationships may temper their opposition to formal commitment to a romantic partner or child.

Bethany’s policy change is also in the best interests of children. The white conservative evangelical view that children do best in a nuclear family structure composed of a mother and father is an intuitive conclusion that is not based in the reality of extensive research in the field of adoption, foster care, and child development. Studies that directly compare lesbian and gay adoptive parents with heterosexual adoptive parents on a host of outcomes find that parental sexual orientation is generally unrelated to how children and families are doing. Instead, family process factors, like parenting quality and the strength of the relationship between parents are more important in explaining outcomes for children than family structure factors, like the sexual orientation of parents.

When differences have been found in research comparing gay and lesbian families with heterosexual families, the results generally favor gay and lesbian families. Some studies find that lesbian and gay parents are more likely to divide child care responsibilities evenly compared to heterosexual parents, a pattern that contributes positively to couple relationship satisfaction. Also, lesbian mothers showed more supportive behaviors than hereosexual parents and gay fathers during family interactions, which was associated with fewer child behavior problems. Gay fathers have been found to have higher levels of parental warmth and responsiveness and lower levels of parenting stress and depression, compared with heterosexual parents. Studies have also found that lesbian and gay parents are more resilient in the face of adoption stigma, are more supportive of open adoptions and on-going contact with birth/first family, as well as more likely to adopt transracially, compared with heterosexual parents.  Additionally, lesbian and gay adoptive parents are more likely to adopt “harder to place” children, who are older, in sibling groups, or have mental health or behavioral diagnoses prior to adoption.

The main point is that across the wide range of adoption studies, children placed with lesbian or gay parents do as well as children placed with heterosexual parents and LGBTQ families have unique strengths. The conservative white evangelical position that children do best in heterosexual, nuclear families is based more in cultural values of family and sexuality, than in reality. Bethany’s position to move away from the patchwork of policies on LGBTQ adoption to a consistent policy at all their branches prioritizes high-quality, family-based care options for children and adolescents.

Some may think of Bethany as a private, Christian agency that should not be subject to laws that govern public entities. Actually, it is a very large international organization with branches in over 30 states, whose public-private partnership with Michigan’s DHHS is not new or unique. While responsible for almost 8% of the Michigan’s foster care and adoption programs, Bethany was faced with a choice: continue to enforce a biblical doctrine about families and sexuality that an increasing number of Christians are finding not to be theologically sound or to err on the side of being inclusive of the diversity of Christian perspectives and types of families and prioritize the best interests of children.

Ultimately, if the goal is to ensure that adopted children thrive in the context of family-based care, families headed by LGBTQ persons play an important role. Child welfare practices in a pluralistic society with a high number of waiting children in foster care need to be grounded in the evidence of what is best for children. Clearly this involves embracing the diversity of complex family forms that can provide safe, permanent, and loving homes. This is especially the case for agencies such as Bethany Christian Services, which, due to their large size and geographic reach, have an outsized impact on the adoption and foster care system in the United States. As Bethany’s President & CEO, Chris Palusky, stated: “We will now offer services with the love and compassion of Jesus to the many types of families who exist in our world today. We’re taking an ‘all hands on deck’ approach where all are welcome.”